Get the latest story right in your inbox!

India has snow. Did you know that? I didn’t. Before I went there, whenever I thought of India (which was seldom at most), I pictured the little water girl from The Jungle Book.

That’s it. That’s all I knew and ever wanted to know.

Unlike most millennials, I have no desire to travel internationally. I’m perfectly content to see strange, exotic places in photos. Airplanes scare me, the ocean is paralyzing, and I hate spending exorbitant amounts of money, which you have to do if you want to go anywhere beyond the front yard.

Yet, thanks entirely to God’s sense of humor, I work for an international-focused charity, and part of their ministry is hosting on-site conferences around the world.

When my job took me to India at the beginning of 2016, to put it simply, it did not end well for me. I could blame sensory overload, sleep deprivation, homesickness, and a general lack of common sense. Whatever it was, I was not eager to leave the country again. So when my boss proposed a conference in Hungary, and required us to sign a waiver that releases the organization from responsibility if, you know, I’m kidnapped overseas or something, I dug my heels into the dirt.

“What happens if I don’t sign this?” I asked as my boss placed the paper on the table in front of me.

“Then you don’t get to go,” she stated. But when I raised my eyebrows with hope, she glared. “No, you’re going.”

Defeated, I signed the papers and went. As I suspected, getting there was the hardest part. And any time a non-traveler travels embarrassing moments are practically guaranteed.

In the video I share the most hilarious part of the journey, but I made many other good memories and “firsts” on this trip.

Miraculously, in just a week and a half I survived 26 hours of flying, two 8-hour layovers, a 3-day intensive conference, and 3.5 days being a tourist in Sopron, Budapest, and Vienna. There were over 700 photos on my camera, but I managed to prune it down to my favorite 38 photos for you. 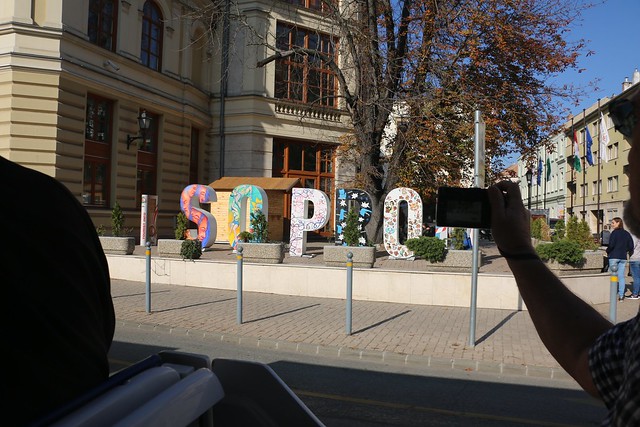 I have to admit, while touring Sopron, Hungary I felt a strange ping in my soul. Some might say it was, enjoyment. Could it be that a small part of me actually enjoyed being in Sopron? I suppose anything is possible…

But, despite all the great memories of firsts and conquered fears, I’m most proud to report that this time I didn’t fall in love with a local.

Karianne is the founder of Windmill Ways. She plays the cello professionally and currently works as an Art Director for a charity. Because she loves animated shows and kids movies, she finished her BFA in 3D Animation with the class of 2020. Her dream vacation would be just staying home, but "home" being a glamorous cabin somewhere in the mountains surrounded by forest.

Favorite band: Lord Huron
Favorite book: This Present Darkness
Favorite quote: "Get all the advice and instruction you can, so you will be wise the rest of your life. You can make many plans, but the Lord’s purpose will prevail." Proverbs 19:20-21 (NLT)

I can’t even think of a title

What to expect when you visit Cote d’ivoire